To the extent possible under law, AOP-Wiki has waived all copyright and related or neighboring rights to KE:89 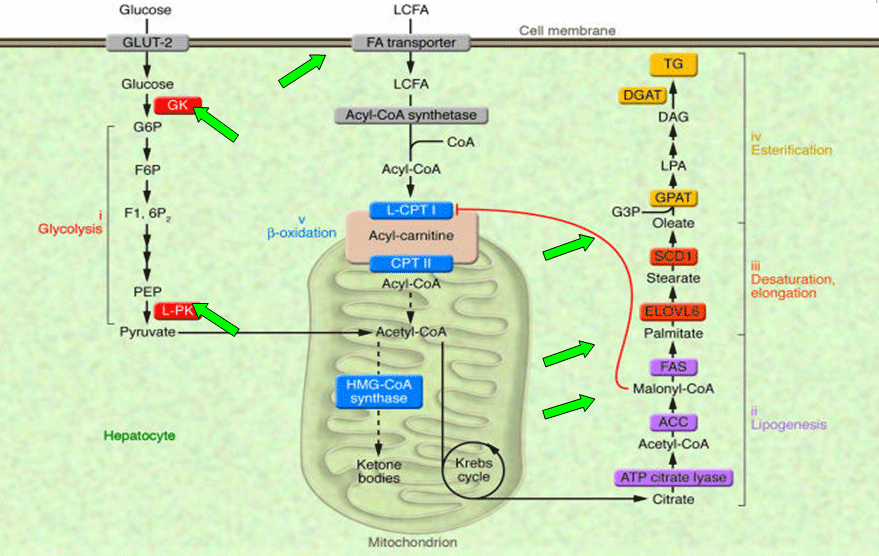 As proposed from Diraison et al 1997 the de novo FA synthesis contributes maximum 5% to the synthesis of FA and TG under normal conditions. Conditions associated with high rates of lipogenesis, such as low fat - high carbohydrate (LF/HC) diet, hyperglycemia, and hyperinsulinemia are associated with a shift in cellular metabolism from lipid oxidation to TG esterification, thereby increasing the availability of TGs derived from VLDL synthesis and secretion.